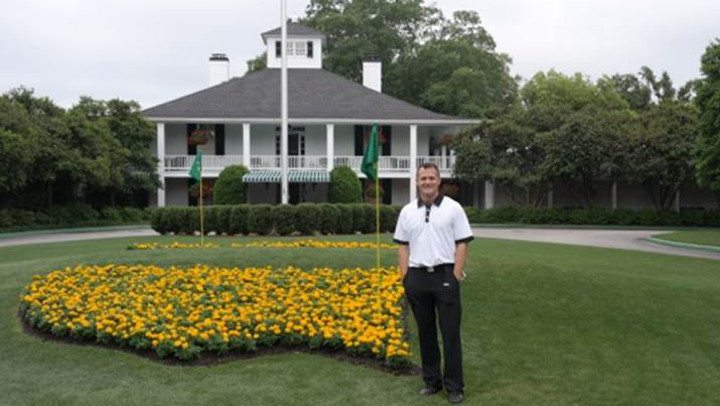 One evening, back in the early 1990’s, teen-aged Isaac Scott sat in front of the TV as Tom Brokaw launched into a news segment on the topic of something called “Alzheimer’s disease”.  Almost instantly, Isaac’s mom turned to him and said, “That’s what we think your grandmother has.”

Research into Alzheimer’s disease was still in its infancy and the term was not part of our vernacular as it is today. There was no Alz.org or Walks for the Cure. But over the next 20 years, Isaac’s family would go on to lose three out of four of his grandparents to Alzheimer’s.

November is National Family Caregivers Month. What better way to mark it than by sharing the deeply personal caregiving experience with Alzheimer’s that motivated Isaac Scott to build, along with Mark Rockwell and Lewis McCoy, a new kind of memory care community – one that his grandmother would have approved of.

No one understands the heartbreak of Alzheimer’s better than caregivers who have lived through it.

Isaac grew up in Portland, Oregon with his parents and three younger brothers. Being especially close to his maternal grandmother, the realization that her swings in behavior were a symptom of a deadly disease was heartbreaking. Even more heartbreaking was witnessing his grandmother slip away from the person he trusted and loved into a stranger; someone he didn’t know, and who didn’t know him.

“Alzheimer’s is particularly cruel in that it often manifests itself in behavior that can be shocking and humiliating to the individual and to their families,” says Isaac. “As a caregiver, I experienced this firsthand and it was devastating.”

The old nursing home model was depressing and demoralizing.

Her health continued to deteriorate to the point where Isaac and his family made the decision to move her to an environment where she could get 24/7 care from professionals. That was Isaac’s introduction to a world of ill prepared and poorly managed nursing homes. It was institutional in every way --- from the tile floors to the harsh florescent lighting to the inescapable odor of cleaning fluid.

Reluctantly, with no alternatives at hand, they tried out a few of the nursing homes. But none lasted long. “I’ll never forget going in to visit and seeing my grandfather, sitting with my grandmother holding one of those big foam ‘noodles’,” says Isaac. “These were educated adults, not children. When I questioned the childish activities, they simply responded, ‘That’s the program we run.’”

There had to be a better way.

Ultimately their hard work paid off in the discovery of Cornelia’s Place; a 5-bedroom foster home, run by an engaging Russian mother, her 2 sisters and her daughters. It was spacious, clean and well kept, complete with the pleasing aroma of fresh cooking. These were caregivers who truly loved their work. They read the newspaper to his grandfather and they manicured his grandmother’s nails and styled her hair. In short they took the time to get to know and love both of them. What a difference.

Both of Isaac’s grandparents lived out the rest of their lives at Cornelia’s Place. What Isaac didn’t realize at the time was that Cornelia’s Place, along with all the painful experiences leading up to its discovery, would form the rough blueprint for Anthem Memory Care.

Fast forward to a new millennium and a fresh approach to memory care.

Isaac spent the next couple decades in a career that led to real estate development and into a partnership with friend and colleague, Mark Rockwell. And they had something in common. Mark, as it turned out, had lost a parent to dementia. But when the economy tanked in 2008, so did their real estate holdings. After a few years and some less-than-successful business ventures, Isaac and Mark came to a point of reckoning. Senior living was an emerging market they cared about. It was also one in which they could leverage their experience in real estate. And, Isaac had never forgotten his grandmother’s experiences. Was there is a way to channel all the great things about Cornelia’s Place and expand them to a model that a larger group of residents could enjoy?

“Basically we threw out the entire nursing home model and replaced it with one crafted along the lines of Cornelia’s Place. So, instead of cramped rooms and gloomy hallways we designed large open spaces, fireplaces and bright airy kitchens and dining areas,” says Isaac.

As the physical infrastructure came together, so emerged a new person-centered model for training and engaging the caregivers who would work inside the freshly painted walls. “Indelibly etched in my memory were the worn, uninspired faces of the caregivers I’d see in those nursing homes I had visited years ago,” says Isaac. “We wanted to create an environment that would inspire the same kind of authenticity and genuine loving care that I had found in Cornelia’s Place. One in which caregivers would feel more connected to each other and to the residents.”

Creating a place where his grandparents would have thrived.

Walking through the high ceilinged rooms and halls of an Anthem Memory Care community one can see Isaac’s labor of love come to life. Residents are able to move freely, yet safely, throughout the building. They can walk outside in the courtyard or find a quiet place to relax in the living room. There are plenty of adult-focused activities and opportunities for social interaction. “We want to make sure that there is always something going on,” says Isaac. “But, just as important, is to have plenty of areas where residents can find peace and quiet,” he adds.

Finally, came an unexpected moment of validation for Isaac. And it came during the opening of Vineyard Place, the newest Anthem Memory Care community in Murrieta, California. Isaac’s parents, who live nearby, were invited to attend. “As I walked my mom and dad through the halls, my mom turned to me and said, ‘Wow. There was nothing like this when your grandmother was alive!’”

Those few words, says Isaac, made the entire journey worthwhile.